Shepard and I. This picture was taken in January 2016.

He was 4 months old when this picture was taken. A very energetic and a voracious eater. This one can never be left alone to mind food at times he is a good buddy other times he does naughty things.

While this is our most recent pup, A picky eater and extremely shy. If being pat on the back or tried to be picked up, he feels like the ground should swallow him. He used to be called Rochas but he didn’t like it. He simply never answered. I guess he didn’t want to be attached to a negative memorabilia. 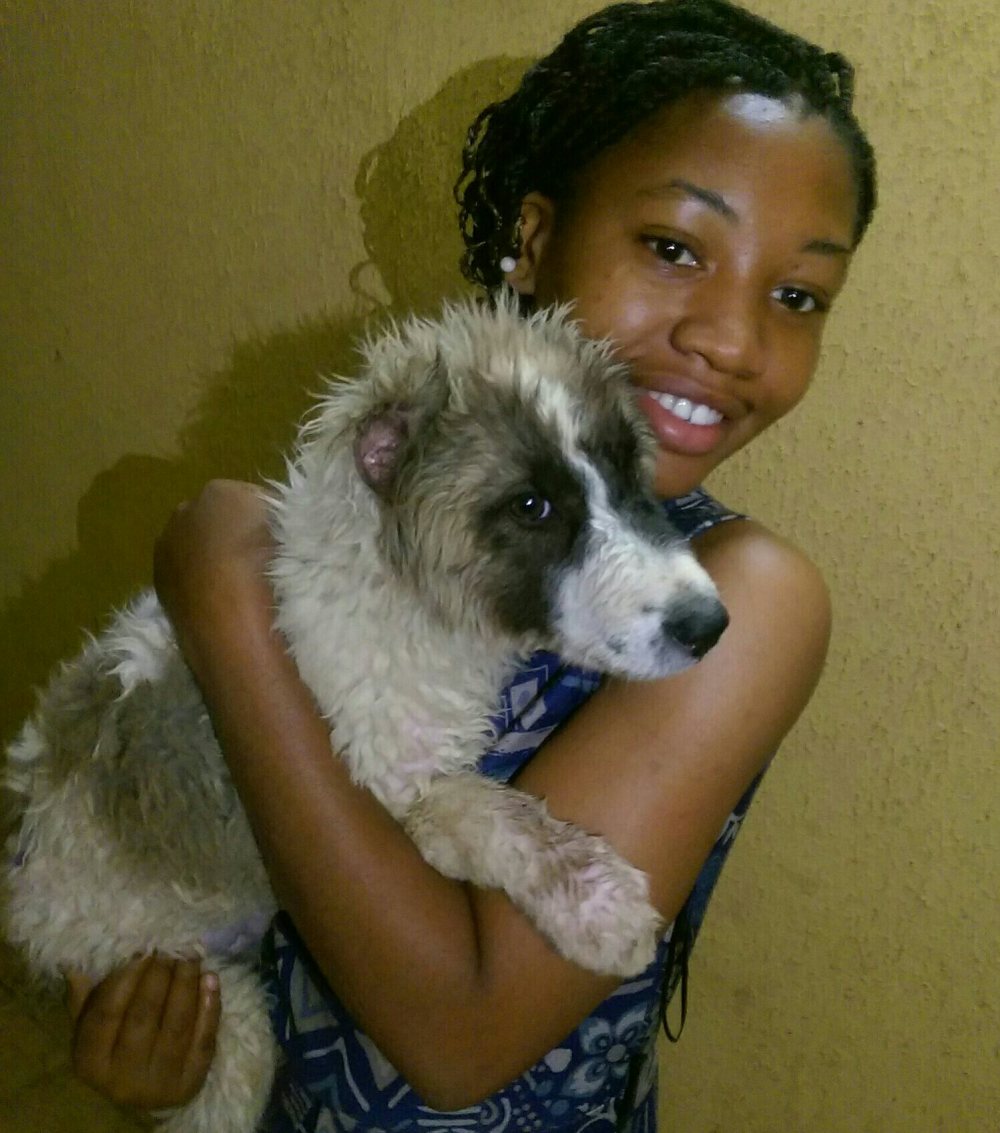 Snow and I. He was actually gifted to us.

Here’s another of us, my favourite.

I don’t mind being inconvenienced by these two (scratch that, except the poo smells worse than vomit).

Tending to them like new born at times gets tiring but they truly remain man’s loyal friend.

Did you know that when a dog sees it’s owner, their brain releases oxytocin – The same chemical found in humans who are in love or bonding with friends.

Since my birth, we have had seven live in dogs. To a great extent, I love and understand dogs, if I say.